The Y Fuze was the first fuze intentially developed to kill bomb disposal personnl. The only difference from the (50)B was a tiny 'Y' stamped on the fuze head. It also had a tapered end for anti extraction.

(17) B Clockwork fuze with time delay. The (17)B had the fuze type stenciled instead of the normal stamped markings. Advantages being this would be rubbed off on impact meaning the bomb disposal officer would not know what type of fuze he was up against.

(55) fuze, complete with dust cap. The cable would have originally been 65 inches long which would have lead to a nose switch.

1942 dated mint (25) C which is as you can see is strippable, mounted on display stand.

An early (15) impact fuze - used early in the war, this example takefrom the Reigate area. This fuze is complete with the steel gain pot screwed into the bottom of the fuze. 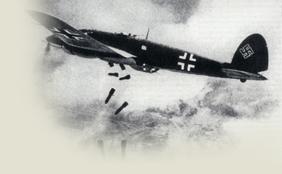 letter denoting the type of fuze, followed by the method of operation.

As the war progressed the design & type of the fuze changed, some fuzes were

specially modified to act against bomb disposal techniques such as the Zus(40 )anti-withdrawal device, also the (50)B booby trap fuze & the (50)B Y. All fuzes had a steel

gaine pot screwed into the base of the fuze which contained a seperate detonator.

This is a mint example of the Type (17) A Emergency Pattern version, the lower section of the fuze was constructed from Steel rather than of alloy.