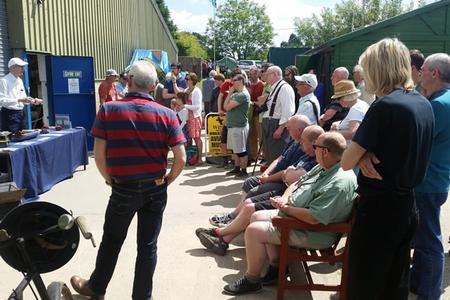 This special and unique event will cover some of the techinques used by the men of Royal Engineers Bomb Disposal during World War Two. Steve Venus will conduct an informative talk on the types of fuzes and the methods used by the unsung heroes of World War Two - the men of the Royal Engineers Bomb Disposal Sections who faced terrifying odds in their secret battle against the Luftwaffe.

Disposal" of our unwelcome visitor:

After the talk Steve will demonstrate the exraction of the Fuze from a German Sd 50kg bomb that fell during the night after yet another heavy air raid over Sussex. After the talk and demonstration there will be a special display of Luftwaffe bomb fuzes and Steve & Daniel will be on hand to answer any questions you may have.

Please note: Normal Museum addmission fees apply - all items on display or used during our demonstrations are 100% inert & FFE. 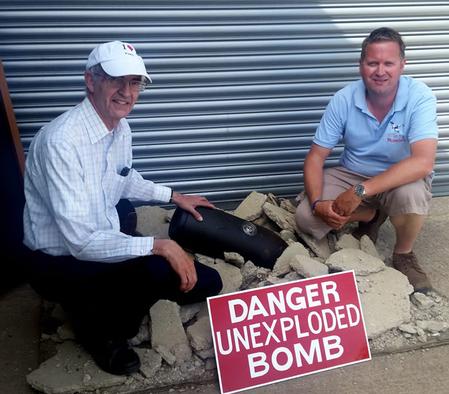